You can't be Apple's size and win all the time. It's just not possible to keep that many customers and developers happy every minute of every day. Even when you make good calls 99% of the time, eventually you'll run afoul of someone, and then it's 'Katie bar the door'.

In the midst of the usual controversies Apple today announced a slew of massive changes to its ecosystem, not the least of which is an intention to move away from Intel chips to its own house-brand ones. This is not new territory, exactly; in fact this is the third such transition Apple has made. There are also new releases of every single operating system Apple makes in the pipeline and due this fall. But some of the larger changes are to macOS, specifically in its look and feel. 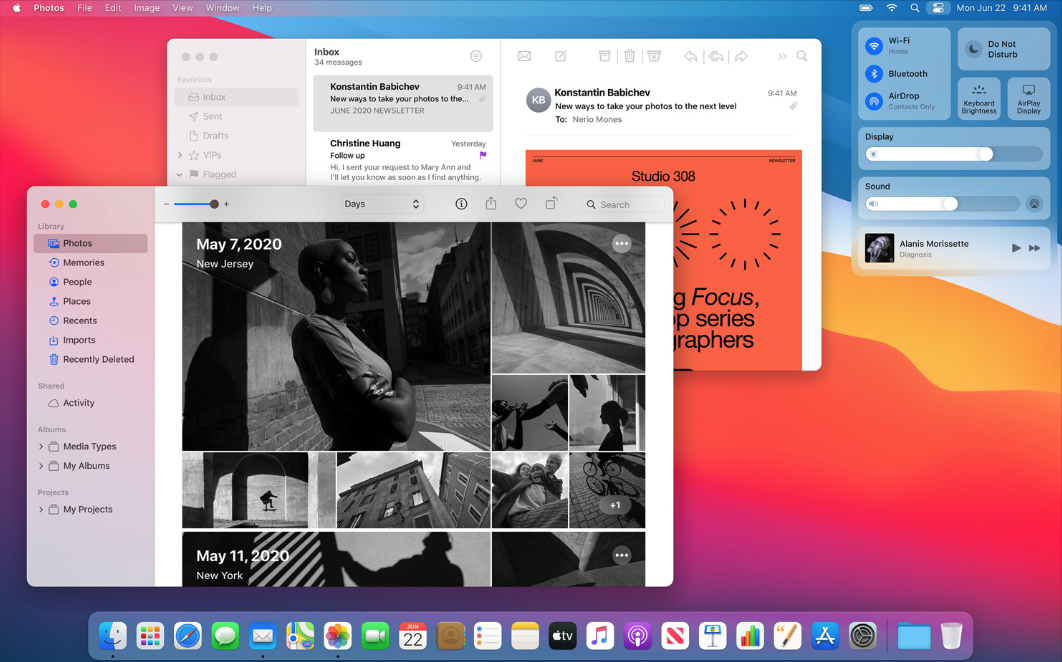 As a product macOS has been largely visually unchanged for almost a decade. Its new coat of paint seeks to address that staleness, certainly, but also to pull cues from iOS and watchOS; watchOS, for example, is lending watch-style complications to iOS 14, which in turn is giving them to macOS. But the new look is not without its critics (even now, at the ripe old age of six hours.)

Here's the thing: sometimes you just have to start. I've been saying this for years to my teams and clients. Making a product is, in more ways than one, like having a child; you can wait forever to make sure you're ready—which no one ever really is—or you can move ahead with an adventurous spirit, an open heart, and the knowledge that you'll make mistakes but learn from them. Apple could spend ten years in research mode, slowly growing paralyzed with fear Copland-style. Or they could start where they are, give themselves space to experiment and maybe even alienate a few old heads in the process.

At least in this case is seems the motivations are noble. When iOS 7 was released it contained a divisive overhaul of the UI that lots of users never warmed up to. That overhaul happened in large part because of a boardroom falling out between Jony Ive and Scott Forstall, a shitty reason to force sweeping changes into the hands of users. Here, macOS should be getting quantifiably better, not just conforming to Ive's need to shit on Scott Forstall post-dismissal. And thanks to the Intel to ARM transition, macOS will also pick up the entire library of iOS software in the deal.

In the fall, there may be a totally different story to tell with regard to the success of these products. But for now, I'm content to applaud Apple's willingness to just start—anywhere. Next on the list is clarity around those App Store policies.